This week end is the week end  the city of Mons waits all year for ! It’s the annual celebration of the ‘Doudou’. This centuries-long tradition, since 2005 a official oral and immaterial UN heritage dates form the Middle Ages and takes place each year during the Trinity week end, one week after the celebration of Pentecost.  This traditional ‘Ducasse » last for several days and has many important times including The Procession of Saint Waudru, the city Saint who founded an abbey at the foot of the castle of Mons and The Battle of the Lumeçon.

Of course, this year the celebrations holds a special place for the city is a European Capital City of Culture so if you go there for the Doudou celebrations, be sure to also visit the art installations that are all over town and the five museums that just reopened several weeks from now. The procession of Saint Walburge will go through town with the traditional ‘Car d’Or’ (Golden Cart) and its cortege including corporations representants and city dignitaries. Last year, as a rememberance of the legend of the Angels of Mons ( telling of how british soldiers were protected by angels during the retreat of 1914) , angels took place in the procession as well and I hope, as a big fan of this legend (As a child, I knew about the legend long before I realized that Mons was in Belgium 😉 ) , they’ll be there this year too. At the end of the procession, the participants and inhabitants gathers behind the golden cart that must go up a hard slope next to the collegiate Church of Saint Waudru. If the ‘Car d’Or’ goes up the slope in a go, pushed by hundreds, if not thousands, of inhabitants the city will have luck for a year.

On sunday, a battle will oppose Saint George to the Dragon, it’s the ‘Battle of the Lumeçon’ where Saint George has to kill the dragon after a fight first with a lance, then with a gun pistol. The game of Saint George is codified and symbolises the victory of good against evil. The public, mostly young and strong men it must be said 😉 , also helps Saint George by fighting back the dragon tails that goes into the audience. Gripping a hair of its tail is a very looked for good luck charm and many are fighting to get one! It’s a unique tradition and I cannot resist posting this video from the local tv channel :

and another one dated 1945 who surely was special for it marked the end of WWII in a city wounded by two wars not mentioning the 18th centuries conflicts.

but this symbolic battle could (can? 😉 ) sometimes be impressive to foreign visitors, ‘The « Courrier de l’Escaut », regional newspaper of 16th of June 1892 tells the story of  a french student was so shocked by the dragon’s tail attacks that he filed up a legal complaint against the ‘Doudou’!

The hymn of the ‘Doudou’ is the famous song « Chant du Doudou’ and its lines « C’est l’Doudou, C’est l’mama » are known by heart and transmitted from one generation to another. Talking about younger generations, to let them have a part in the ceremony without being scared by the crowds,a « Children’s doudou’ is organised the next sunday after the « Doudou’ with a child-scale battle and game. It sure has a great success with the younger ones!

Happy Doudou Everybody! (and especially my friends and long lost cousins from Mons)

Another sad commemoration this week is the one of the Heyzel disaster of 1985 where 39 people died, many were wounded and thousand were shocked.  The important match opponing Liverpool FC and the Juventus of Turin who took place at the Heyzel stadium in Brussels was classed at risk long before it took place but nobody expected this to happened. A general fight broke out in tribune Z, normally used for neutral supporters but full of italian supporters. People were tramped, crushed and pushed. Journalists on the scene talked of « war theatre ». Those of the public trying to flee the scene,often fathers with children,were literally walking on bodies. A good part of the stadium was too far to see what was going on in fatal tribune Z and were totally unaware of the drama unfolding. Even with such events going on, the game was played as there were fears of more dangers if the match was cancelled and the stadium fully evacuated. Most shocking to many was the joyful reaction of Michel Platini as he scored in such terrible circumstances.

Just like the Innovation disaster in 1967 for shops, this drama has totally changed the way football matches and crowd managing was organised in Belgium. The name of the stadium was changed in 1995 to Roi Baudouin/Koning Boudewijn but a commemoration plaque unveiled to never forget.

30 years from now, the disaster is still in all memories, especially the British community in Belgium. For the commemoration of the 25th year, Liverpool FC chaplain, Bill Bygrove, made this address to the representant of Juve and it’s so well written that I can’t resist copying it here from Liverpool FC website :

« We can’t change our history or dry up all our tears. We cannot solve the mysteries still unanswered down these years. But we can, for all our children’s sake and for the 39, build a monument of friendship that will stand the test of time. It is estimated the average person can live 40 days without food, five days without water, eight minutes without air, but only one second without hope. The anthem of this club is ‘walk on with hope in your heart’. We would ask you to express to those who continue to walk many miles with sorrow that they should walk on with hope in their heart. And from this club, to your club, to our friends in Italy, please say ‘You do not stand alone, you do not grieve alone and you do not walk alone. »

A Belgian TV video is to see at http://www.sonuma.be/archive/le-drame-du-heysel

And if the sports archives is of interest to you and your family history, the place to go to consult Belgian sport archives is the Sportimonium in Hofstade even if the Royal Library also have a huge collection of books and informations on clubs and championships of all kind. Newspapers collection also to consult at the Royal Library or more and more online is a good source too for matches reports and teams compositions, even at a less important leveL Several years ago, the States Archives of Belgium did set up « Gooaal! » , a exhibtion on Belgian Football, the archives of the Belgian Football Association are kept at the Archives, and this exhibition is still to see online at http://goaaal.arch.be/index.php?l=fr.

This long week end was the ideal occasion for the Liege States Archives repository to opens its door and show the public their works, the collections they hold and all the staff is doing is preserve the collections and help the audience gaining access to those very interesting collections including The Archives of the Principalty of Liege and all major documents of the institutions of LIege region as well as Verviers a,d Stavelot. The repository is one of the oldest in Belgium, having been opened in 1794, a year before it became a legal obligation. The repository first was located in the of the Prince-Bishop then relocated in a building next to Jonfosse-Station, one of Liege well-known train stations. During the beginning of the battle of the buldge in December 1944, the collections suffered a bombing of the railways by V1 and V2s and a lot of precious document were destroyed if not by fire, by the snow. Luckily some of the documents escaped that terrible fate and were temporarily moved until a new building was open in the 1980’s in the borough of Droixhe. Just as it goes with other archives repositories, Liege State Archives are open to the public from Tuesday to Friday from 9.00am to 16.30 and the first saturday of each month.

Today, the USA remembers the fallen soldiers of past and present conflicts in an annual Memorial Day. Belgium, of course, has been a battlefield twice in the 20th century and many young american men lost their lives to save ours. One casualty is one too many but to cite some numbers, let’s mention that 5328 soldiers are buried in Neuville-en-Condroz,7992 in Aubel-Hombourg cemetery and 368 in Waregem Cemetery where a ceremonies took place over the week end. Sad and terrible numbers…
Lest we forget!

Do you have ancestors buried in one of the cemeteries or in any other US Cemetery in Belgium? We’d love to hear their stories!

This day marks a sad anniversary in Brussels : On the 22th of May 1967, a big fire broke out at the Innovation Department Store, taking innocents shoppers hostages of a killing fire in the 1901 Horta building.

The store was organised around a big glassroof and stairs, typically the way department store were organised at the time with staircases and big counters. It’s said that there were some 1000 clients trapped inside and there were 323 casualties and 150 injured. The disaster shocked the whole country and everyone remembers where he/she was and what he/she was doing that fateful day. The department store was famous for organizing events of all kind and that time there was an « american week » going on. We’re in a post-WWII, swinging sixties period and all what was american was really trendy and attracted a lot of families, including american citizens living in Brussels at the time.

At Roots Tech this year I met an american man (unfortunately can’t find the little note on which he wrote his name but will be most please to credit him) who was eating in the store restaurant when the fire broke out. This is what he told me when I met him : « When we realized that the store was in fire, we calmly got up and orderly left the building. We were then led to safety where we witnessed the firemen and police fighting against the fire. »  After all those years, he still remembers the moment very well even if panic’s not the first feeling that his memory brings back to us which was a bit surprising for me when we see the photographic sources of the event.

( A Innovation fire survivor with his grandson- (c) Marie Cappart)

After the terrible event, things were never be the same for the retail world, safety measures were taken as was the conception of department store in Brussels, moving more and more towards shopping malls located outside of the city and more accessible by car.

The big fire of 1967 will be a event  Brussels will never forget. It was on everybody’s mind when a fire broke out in a Forever 21 store two years ago in the same street than the Innovation.

A TV archive of the event is to see on :

We are ready! Are you? 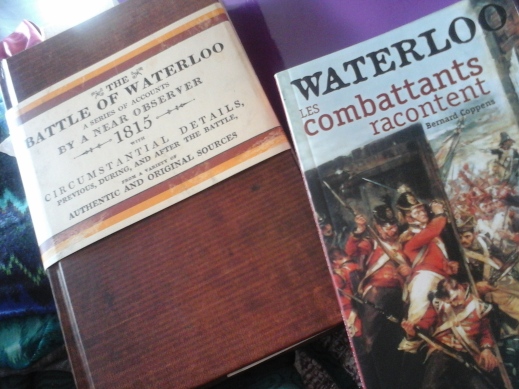 I was asked to write a little something on how research in Belgium is organized and where people should head to if they come to discover an ancestor in our young country. The result of the « crime » is to read on http://www.ancestryhour.co.uk/blog . You can also follow a Twitter chat every Tuesday night at 7pm (GMT).

Thanks again Suzie for the opportunity! 🙂 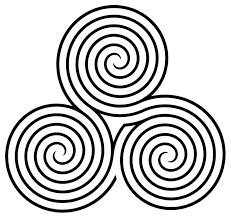 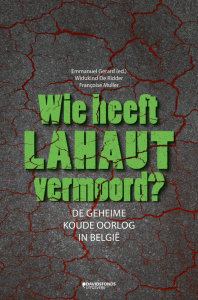